Likho, the bringer of bad luck 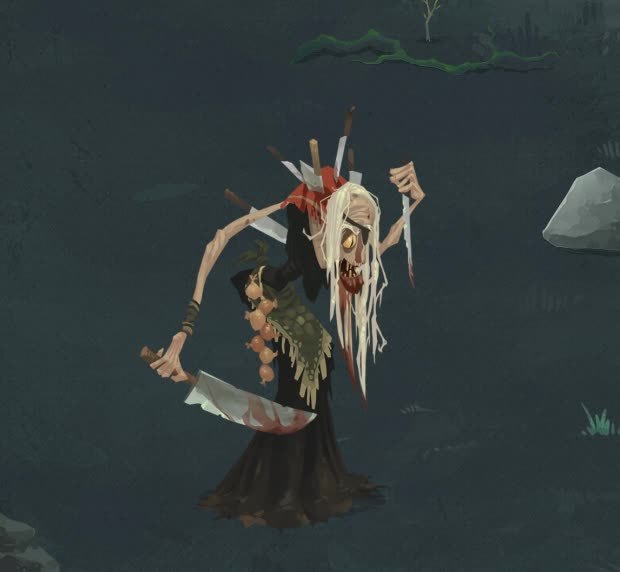 Not long ago we began working on concepts for Likho, a boss character that is supposed to attack from both melee and long range.

The initial idea for the range attack was based on shooting a beam from the eye and since the character is partially blind, it sounded cool to link this attack to her main disability.

Unfortunately, firing lasers from the eyes doesn’t seem very much in tune with slavic folklore (for some reason) and we decided to explore something different.

We liked the idea of this character using knives to stab the player in melee range so we thought of equipping her with a number of knives that Likho could simply throw towards the player. It felt more appropriate than the sci-fi-laser-eye-9000-implant and since the knives added a touch of creepiness being inserted by default into her torso, we went with that.

While searching for the right concept, we tried giving Likho a deranged look, then we tried imagining her with some enthusiasm showing, then some mystery. After going through a few more attempts, we eventually settled for the mentally unstable look she has now.

Villagers   Bartering is a way to get new items
Copyright © 2022 Breadcrumbs Interactive.  All rights reserved