Here are two small tricks that can help if you’re making an isometric 2D game in Unity. Ok, so not actually isometric, but that’s the term we’re used to in videogames, so we’ll go with it. These are quite basic and if you’re working on such a game you’ve probably already tackled them your own way. This is our take on it, hopefully it’s useful to someone.

Normally in a 2D game there is no concept of depth, so if you simply place the sprites in the world, you’ll most likely have objects appearing in the wrong order than what you’d expect in an isometric game.

Thankfully Unity exposes Sorting Layer and Order In Layer properties for Renderers.
A quick fix is to set the value of Order in Layer to depend on the Y position of the object.

Ivan vs Vodyanoy and exploding frogs 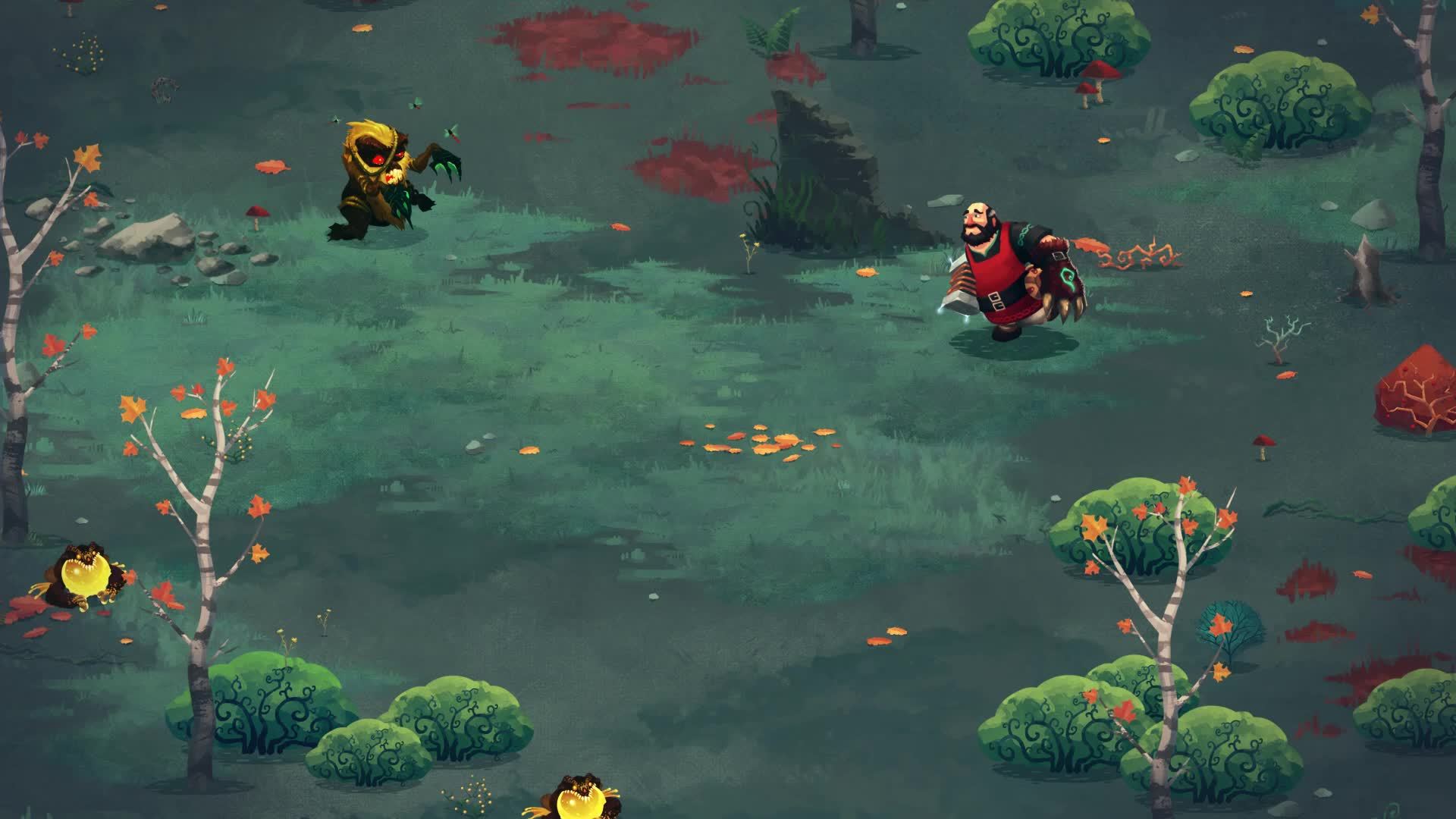 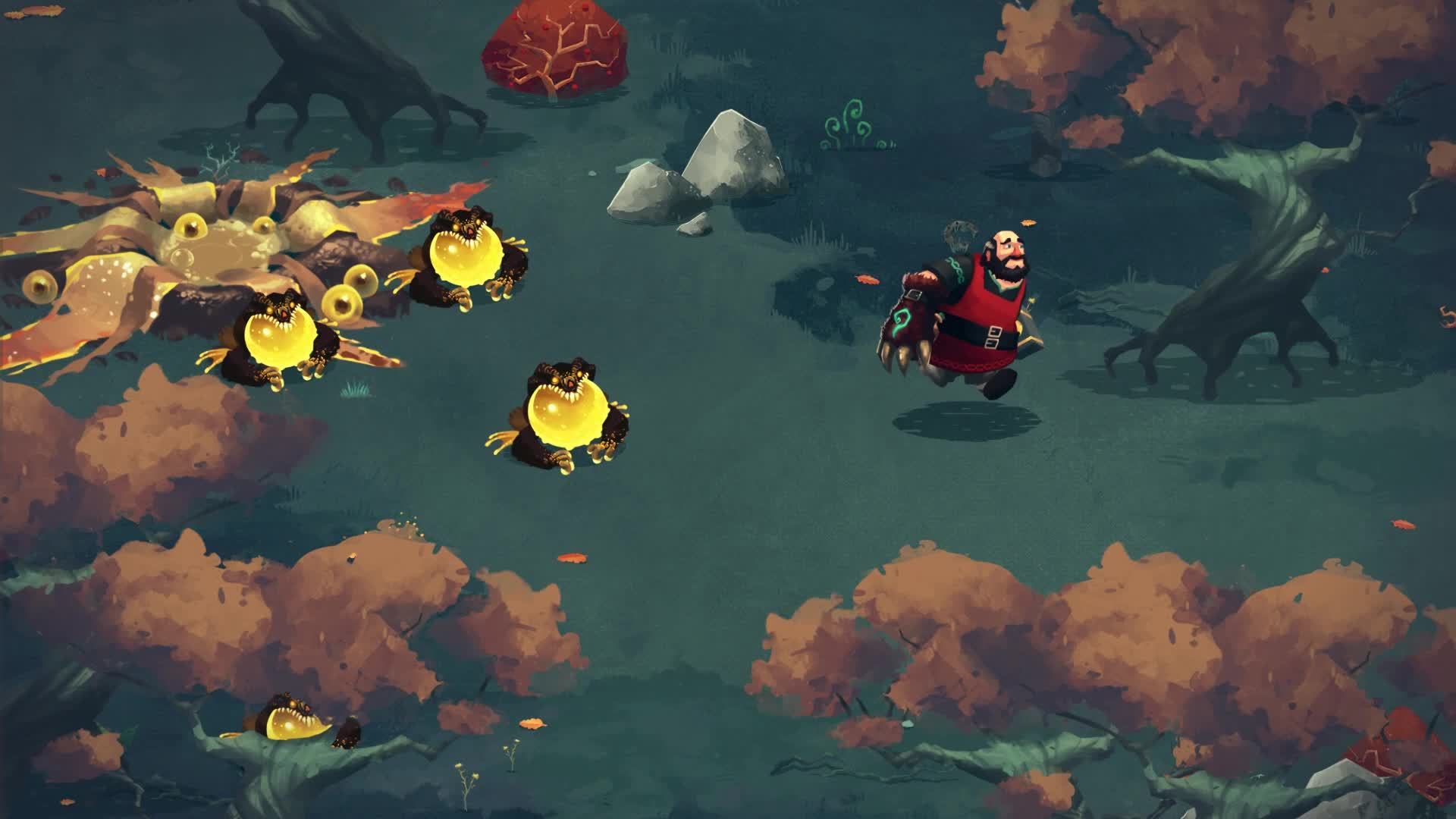 What better way to destroy exploding bullfrogs than by throwing a magic comb at them? No nasty amphibians will stand in Ivan’s way! 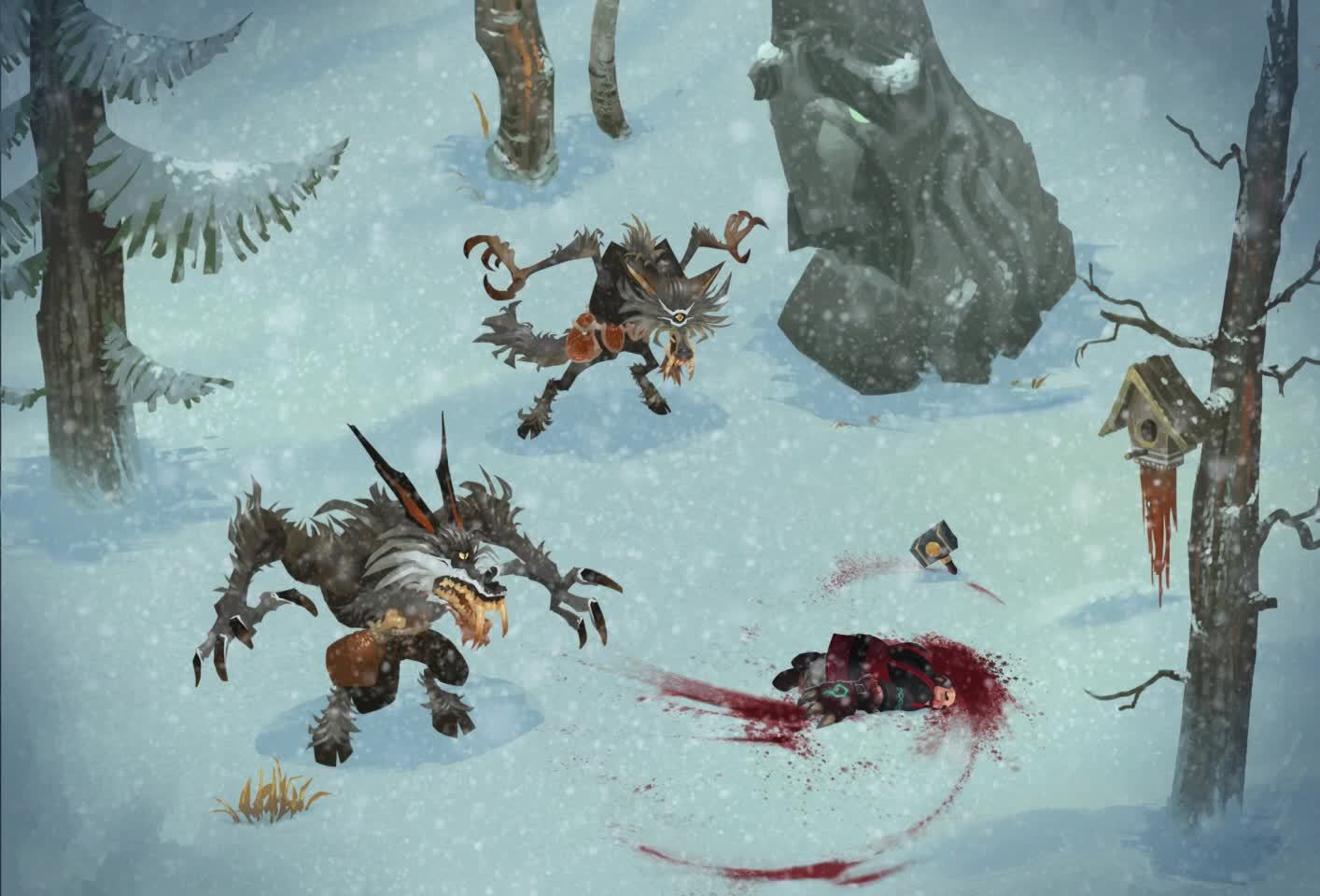 In Serbian mythology, a psoglav is a demonic creature having a human body, horse legs and a dog’s head with a single eye on the forehead. It uses its sharp teeth to eat living humans it encounters, or fresh corpses dug out of their graves.

Here’s a short look on the post-processing we are currently doing in Yaga.

Most of the art assets like characters, enemies, treasures together with all the foliage and decorations are generally used in more than one scene. And since each scene might have a different atmosphere and mood depending on what the purpose of the scene will be, the artists create all base assets independent of any lighting or weather effects.

Putting the scene together with the neutral assets looks good, but feels a bit flat and uninteresting.